This year’s UseR! conference was held at the University of California in Los Angeles. Despite the great weather and a nearby beach, most of the conference was spent in front of projector screens in 18° c (64° f) rooms because there were so many interesting presentations and tutorials going on. I was lucky to present my R package Bayesian First Aid and the slides can be found here: 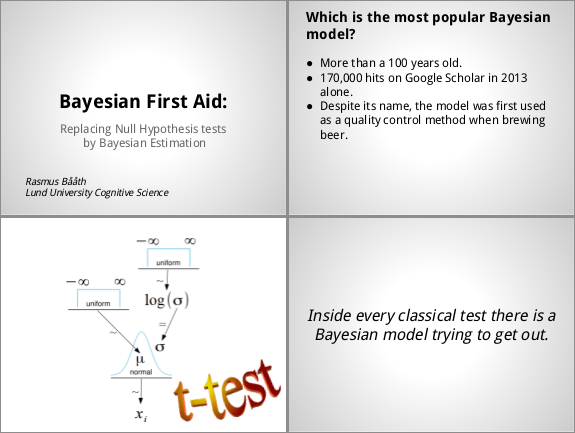 There was so much great stuff going on at UseR! and here follows a random sample:

All in all, a great conference! I’m already looking forward to next years UseR! conference which will be held at Aalborg University, not too far from where I live (at least compared to LA).