The Mascots of Bayesian Statistics

Why would Bayesian statistics need a mascot/symbol/logo? Well, why not? I don’t know of any other branch of statistics that has a mascot but many programming languages have. R has an “R”, Python has a python snake, and Go has an adorable little gopher. While Bayesian statistics isn’t a programming language it could be characterized as a technique/philosophy/framework with an active community and as such it wouldn’t be completely off if it had a mascot.

However, it does not matter if you think it would be silly if Bayesian statistics had a mascot. There is already a mascot and he is not a particularly good one. Meet Mr Bayes: 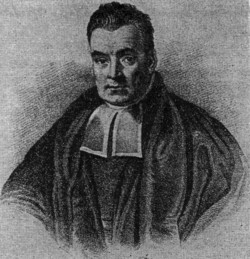 This image of Bayes is currently on the frontage of the International Society for Bayesian Analysis. It is used in and on books about Bayesian statistics, here on Bayes’ Rule, a Tutorial Introduction to Bayesian Analysis : 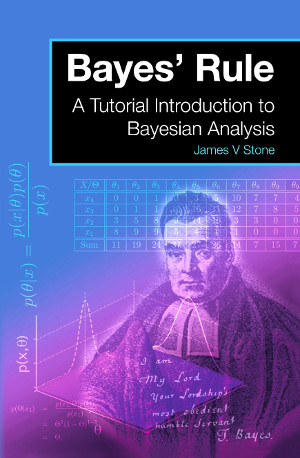 It is used to show that something is Bayesian as in this logo for a Bayes theorem app on Google Play. 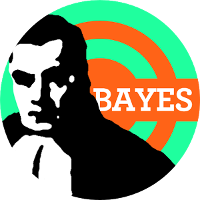 What is wrong with using Thomas Bayes as the poster boy for the branch of statistics that bears his name? Well, the problem is that Mr Bayes in the picture above is not the Reverend Thomas Bayes (1701 – 1761). The picture above is most probably of another guy with the surname Bayes that lived at least 100 years after Thomas Bayes. One of the clues to this is that Thomas Bayes lived in the 18th century and “it is likely that Bayes would have worn a wig”, as pointed out by David R. Bellhouse. A random minister that probably lived long after Thomas Bayes was dead but that happened to share his surname is a quite strange mascot for Bayesian statistics.

Update: Breaking news! Thanks to a comment from Christian Robert I learned that Stephen Stigler recently held a talk at O’Bayes 2013 where he presented novel research that shows that the picture of Mr Bayes might actually be Thomas Bayes anyway. I really whish I had heard about this a week ago… :) A recording of the talk might be up at the ISBA web site but it seems to be down at the moment. Some more information regarding Stieglers talk is, however, available at Xi’an’s og.

So I looked around to try to find other tentative mascots/logos/symbols for Bayesian statistics.

A plot simultaneously showing a prior and a posterior density is a recurring symbol of Bayesian statistics. An example is the cover of Bayesian Biostatistics… 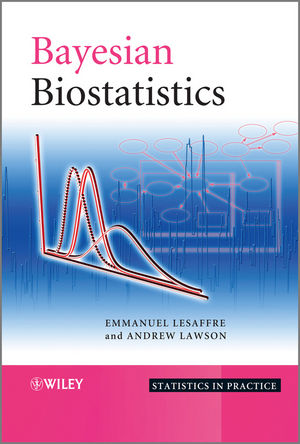 … or the symbol for Bayesian statistics on Wikipedia: 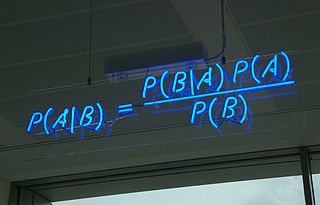 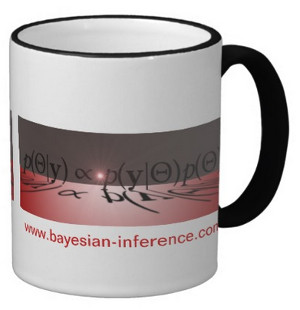 Bayes rule is written using many different parameter symbols and I’m not sure which symbols would be the most canonical.

Animal mascots are popular among programming languages: Perl has a camel, Python has a python snake and PHP seems to have an elephant. What animal mascot would Bayesian statistics have, if any?

Well, why not puppies? John Kruschke leads the way with the cover of his Doing Bayesian Data Analysis… 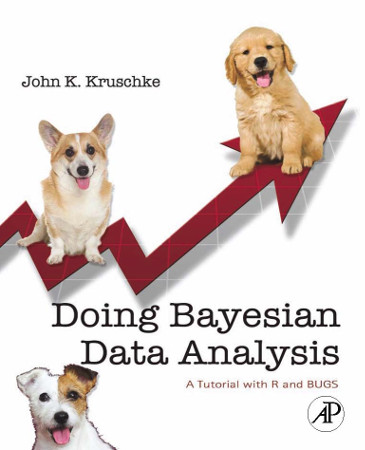 … and gives the rationale for the puppies here. Other reasons for using puppies are that (1) both puppies and and Bayesian statistics makes the world a little bit better, (2) there are many different breeds which allow for many different mascot variants (objective Bayes could have a chihuahua puppy while non-parametric Bayes could have, perhaps, a dachshund) and, most importantly, (3) puppies are generally adorable. 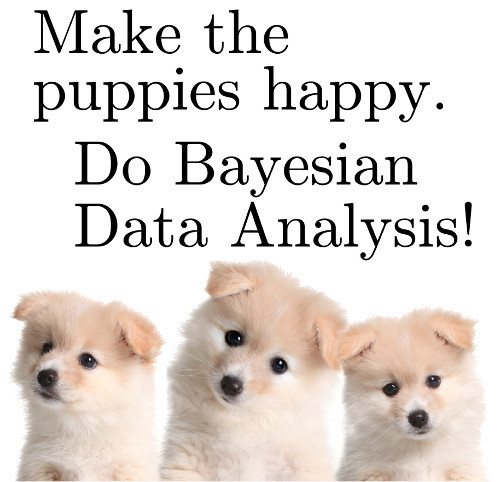