I recently had a lot of fun coding up a Bayesian Poisson model of football scores in the Spanish la Liga. I describe the model, implemented using R and JAGS, in these posts: part 1, part 2, part 3. Turns out that Gianluca Baio and Marta Blangiardo already developed a similar Bayesian model with some extra bells and whistles. For example, they modeled both the defense skill and and offense skill of each team while I used an overreaching skill for each team. They have a paper on their model, which I really enjoyed reading, which can be found here. The model is further discussed on Gianluca Baio’s blog (as I found out after reading about Baio’s blog on statblogs.com). Interesting stuff! 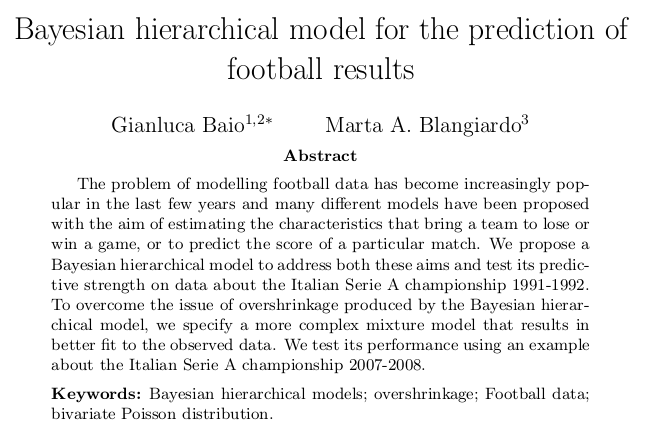